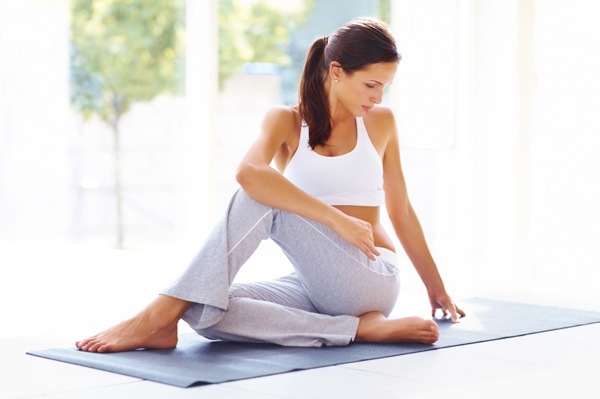 Fitness can be a personal thing, which is a great reason why there are so many ways to strive toward it. The key is to find a style that fits you and your schedule—something that you’ll continue in a committed effort as time passes. Once you find that perfect method, it can pay to dig a little deeper into its depths instead of just giving it a surface look since that deeper look can prevent injuries, boost understanding, and broaden your exercise horizons.

Of all of my exercise pursuits, no technique stuck with me as solidly as yoga, and there are plenty of topics to explore under that one umbrella. Those topics can range from varying styles of yoga to details about individual yoga poses. The latter option is the approach of this post.

When it comes to yoga, few stances are as noted by name as warrior poses, so it’s reasonable to focus in on one of those stances for this post. Specifically, let’s look at Warrior III.

Warrior III is a pose that looks incredibly basic. Essentially, you stand on one foot while bending forward to extend your hands in front of you and your other leg behind you. This pose, however, is labeled an intermediate pose, which indicates that it could prove more complicated than it looks (“How to Do Warrior III Pose in Yoga,” n.d.). There are plenty of notes regarding safety and stance perfection, so keep reading for further details!

Benefits of This Pose

The most obvious benefit that this pose brings to the table is balance since you’re standing in such a level position on one foot. Some people have trouble standing on one foot in general, so accomplishing a stance where you do that, lean forward, and keep a steady line that’s parallel to the ground can be tricky. This is a good reason why it’s an intermediate pose! As you work to perfect it, though, you can better your balance in a more grounded way. On a similar note, this pose can also improve your posture because you’re holding this rigid pose in such a committed and extended manner.

Warrior III is noted to boost your mentality as well since you concentrate to hold the pose (“How to Do Warrior III Pose in Yoga,” n.d.). Basically, pushing yourself to master this pose could increase your memory and focus, and it also boosts your overall coordination since few to no parts of your body are uninvolved with maintaining this pose. Everything needs to work together to hold this stance accurately, from your head being placed in the right direction to your foot being grounded in the correct position. This is kind of an all-over pose, so it’s a great way to build your coordination in this manner.

Because it employs so much of your body, you can expect each element to be strengthened on an individual basis. Your shoulders, ankles, abdominal muscles, and back can improve from this pose, so it’s not only calming and mentally charging, but also helpful in bettering you physically in multiple areas (“How to Do Warrior III Pose in Yoga,” n.d.).

Warnings for This Pose

While this is a great and invigorating pose, there are some real health risks involved in successfully utilizing it. Keep in mind that this pose does employ a hefty amount of your body, so any kind of injury on those areas of the body could worsen with this pose. Particularly your back and ankle could suffer like this because you’re balanced on one foot and elongating your body in such a rigid way (“How to Do Warrior III Pose in Yoga,” n.d.). Also, if you suffer from high blood pressure or heart issues, this might not be the pose for you (“How to Do Warrior III Pose in Yoga,” n.d.). If you aren’t sure, as with any new exercise, ask your doctor if you’re able to handle it. 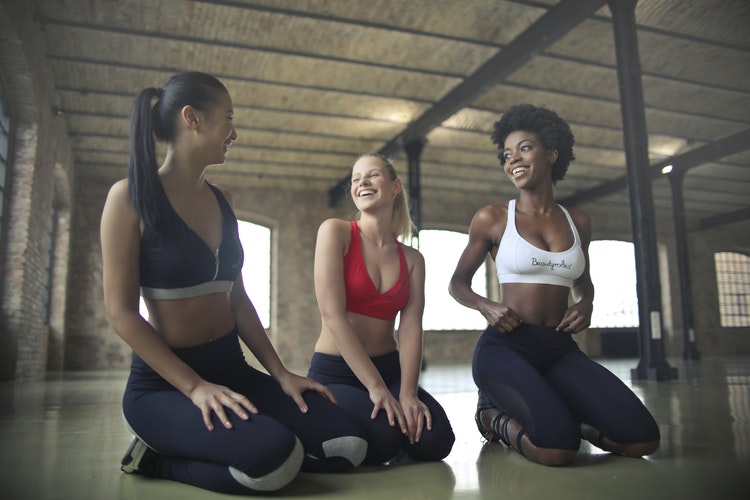 Why This Pose Is So Great

I think I enjoy this pose because of the focus needed to maintain it. For some reason, holding that kind rigid formation for an extended period of time allows me to concentrate in such a singular way that it’s therapeutic and calming. I don’t need to worry about other things outside of that one moment in maintaining the pose, which is a great way to alleviate other tension in a healthy, productive way—even if only for a moment. This concept, combined with the levelness of the pose, makes me feel capable and strong, and that can boost confidence. It’s perfect and structured, and I feel structured and grounded if holding the pose.

Like with a number of yoga poses, there are easy errors that you can fall into if you don’t take the time to properly learn the stance. It’s so simple, after all, to just look at a pose and think, “I can do that!” But without learning the right way to achieve the stance, you could unknowingly injure yourself because you did something as small as hold your foot in the wrong position.

First starters, make sure your hip isn’t setting too low. Remember this pose is about being level, so an unlevel hip structure can cause you harm. Make sure, in the end, that the hip on the side of the heightened leg is not lower than the hip for the leg that’s extended to the floor (Scriven, n.d.).

There are a number of other small tips that can help you perfect this stance, including “not lock[ing]… your knee” (“How to Do Warrior III Pose in Yoga,” n.d., “Tips” section). In fact, it could help to make sure that all elements of the leg you’re standing on are more at ease than this, even down to your toes.

A final detail to think over when forming your Warrior III pose is where your eyes are directed. The reason is that “where your gaze goes your body follows” (Scriven, n.d., #3 section). Your best chance of maintaining the pose could be to look forward (Scriven, n.d.). This also helps you from having unnecessary neck pain since your neck isn’t craned in an unnatural position. 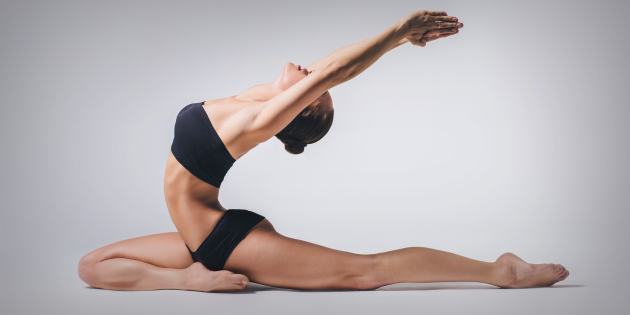 A Bit of Controversy

One concept that isn’t so cut-and-dry about your stance seems to be your back alignment. Typically, the noted formation is a straight line from your elevated foot to your neck, but there’s a bit of controversy on the issue. Specifically, one author claims that there needs to be a bit of a bend in the pose in order to benefit your heart health to the fullest extent. This is described as a “stick” formation versus a “backbend” one since “you want your heart to be higher [than] your hips in a Baby Cobra shape” (Scriven, n.d., #2 section). Ordinarily, this could be disregarded as one person’s opinion, but the risk of this pose with people suffering from high blood pressure was already noted. For this reason, if you have problems with blood pressure—or with your heart in general—you might check with your doctor to see if this “Baby Cobra shape” (Scriven, n.d., #2 section) would make it a viable option to add to your yoga routine. It’s a possibility to explore, at least!

Variations of the Pose

If you find that you just can’t balance yourself enough to manage this stance, feel free to start with using something physical to assist you, like a chair or the wall (“How to Do Warrior III Pose in Yoga,” n.d.). By doing this, you’re essentially giving yourself a crutch to learn the pose, and you can rely on it less and less as time goes by until you no longer need it. For those who are advanced enough to not only handle this pose, but push onward, variations exist as well, and many of them have to do with your arm placement. They can extend behind you in a number of ways—palms facing each other, your body, or the ceiling—or to your sides, as well as in front of you with your palms together (“How to Do Warrior III Pose in Yoga,” n.d.). 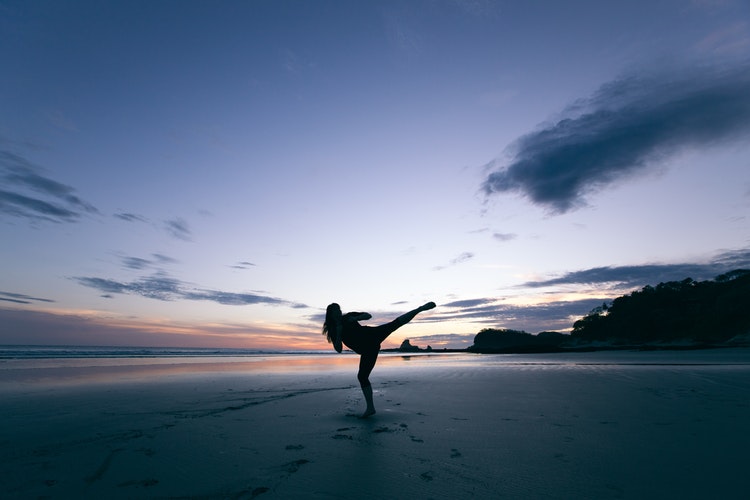 Keep in mind that this isn’t a competition where you strive for some overdone accomplishment. Rather, it’s a basic pose that is about your alignment and balance. So long as those elements are properly accomplished, you’re on your way to a successful Warrior III. Just keep that pose right, and always—always—keep your own health concerns in mind, whether for heart problems or recent injuries. You’re working to become a healthier, fitter you, so make sure you’re not causing health problems for the journey!

How to Do Warrior III Pose in Yoga. (n.d.). Yoga Outlet. Retrieved from https://www.yogaoutlet.com/guides/how-to-do-warrior-iii-pose-in-yoga/

Scriven, A. (n.d.). Do You Yoga. Retrieved from https://www.doyouyoga.com/3-common-misalignments-in-warrior-iii-and-how-to-fix-them-68851/